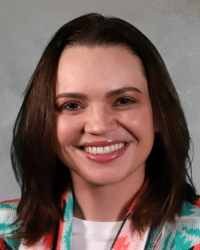 Chris Garvey was elected to the Clark County School District Board of Trustees in November of 2008, 2012 and 2016. Garvey is a native Nevadan and has resided in District B for the last 28 years. She and her husband of 37 years have three children, all of whom have attended Clark County District Schools.

An active member for the PTA during the valley's population boom of the 1990's, Garvey was involved in the grass roots campaign for the school bond that will produce 101 new schools in Clark County upon its completion. Through her various roles in PTA, both at her school and council level, she has been an advocate for class size reduction, zoning and safety issues, and mandatory kindergarten.

Garvey is a graduate of the College of Southern Nevada, receiving her Associates degree in Dental Hygiene in 1999. As a dental health professional she has continued her commitment to children and education by volunteering both in the classroom and in dental clinics for underserved children. Garvey also serves as a member of the state advisory committee on oral health.

Chris is committed to building coalition within our community that focus on improving the lives and education of our children.